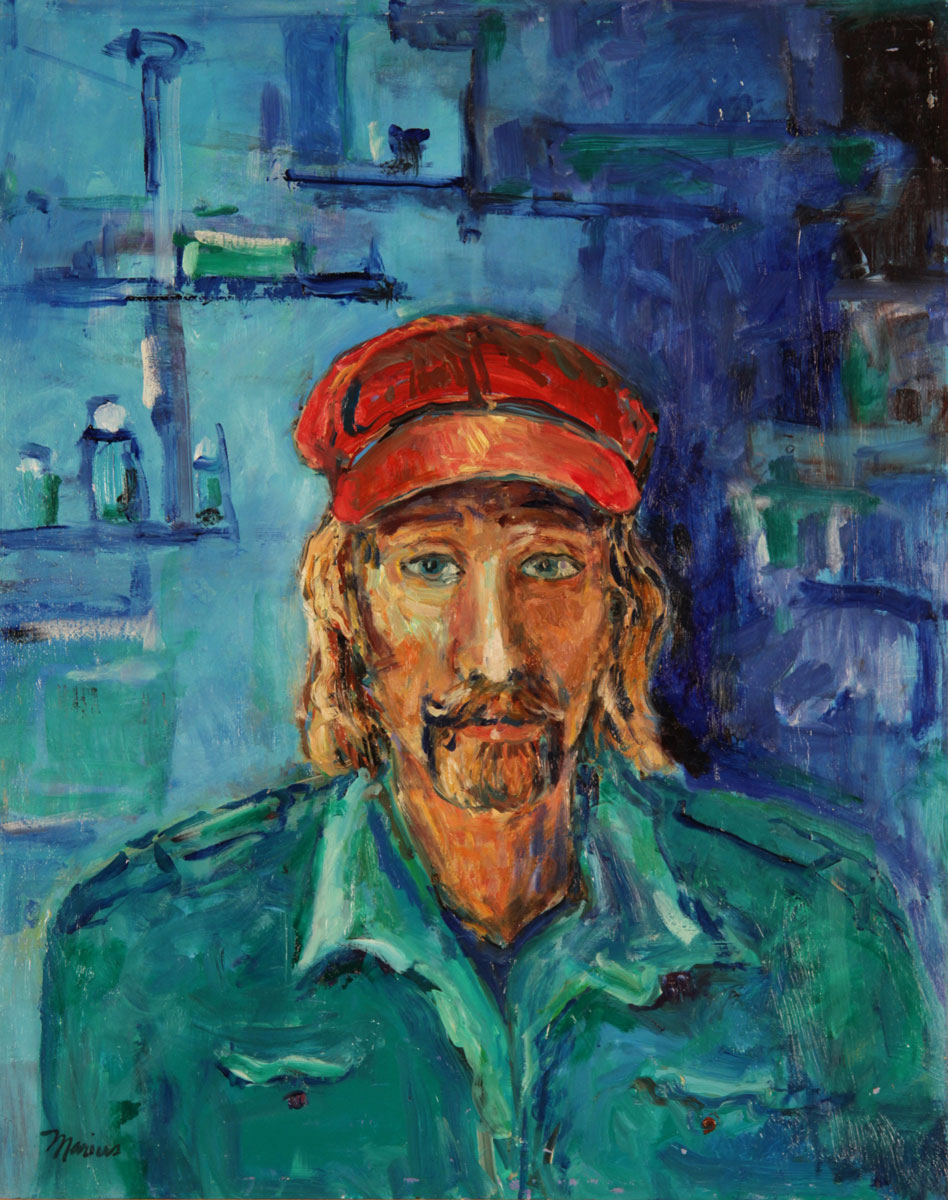 Marius Starkey was born in Sterling, Kansas. He is an American painter known for his bold colors with an emphasis on landscape and figurative paintings. Marius received a BA degree from Baker University in Baldwin, Kansas and did his graduate studies at Croydon College in London, England where he received a Master’s degree. He has had numerous exhibitions in Northern California and in San Francisco, where he is living since 1989. He has exhibited his work in various cities across the country as well as abroad in places like Osaka, Japan and London, England.

It was the Impressionists that first inspired me. When I saw their original paintings in person, I reveled in their colors and saw how the artists applied their paints. I threw myself into my own paintings with a fury and explored my own ways to paint that pushed me into different realms of visions. I am as excited and thrilled today about painting as I was when I first started. When I immerse myself into the next painting, I am always surprised by the results of my own work. My inner vision propels me to constantly develop and refine my own unique style of painting. This part of my life will continue unabated until I can no longer lift a brush. I am smitten and committed to the work.

This website uses cookies to improve your experience while you navigate through the website. Out of these, the cookies that are categorized as necessary are stored on your browser as they are essential for the working of basic functionalities of the website. We also use third-party cookies that help us analyze and understand how you use this website. These cookies will be stored in your browser only with your consent. You also have the option to opt-out of these cookies. But opting out of some of these cookies may affect your browsing experience.
Necessary Always Enabled

Any cookies that may not be particularly necessary for the website to function and is used specifically to collect user personal data via analytics, ads, other embedded contents are termed as non-necessary cookies. It is mandatory to procure user consent prior to running these cookies on your website.